Is Pilates The Same As Yoga? 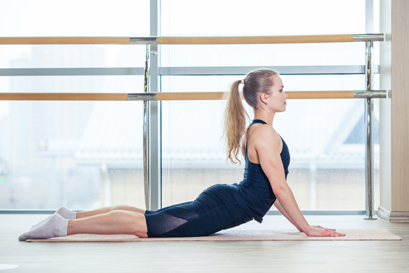 Some people think pilates and yoga are basically the same, but in practice they each offer a distinct exercise regime

What is the difference between yoga and pilates? Aren't they the same thing?

At first sight, yoga and pilates may appear to be similar disciplines, but they actually differ in a number of key ways.

Yoga originated in India over 2,000 years ago as a physical, mental, and spiritual discipline. The yoga that is widely practiced today as exercise is really only one component of this discipline and is more correctly known as hatha yoga.

Tirumalai Krishnamacharya is regarded as "the Father of Modern Yoga" and is widely credited with the revival in popularity of yoga as exercise in the 20th century. Many of his students went on to become leading yoga teachers in their own right and most yoga classes today are derived from his teachings.

Different schools of yoga have developed over time, each favouring its own set of yoga poses (asana) coupled with controlled breathing (pranayama) and meditation (dhyana). Yoga practitioners also seek to tap into what they believe are vortexes of energy within the body, known as chakras.

Pilates has a much shorter history, having been founded by Joseph Pilates in the early twentieth century.

Joseph Pilates devoted his life to physical fitness and health, fusing research into ancient exercise regimes, including Roman, Greek and Indian (yoga) traditions, with a modern understanding of anatomy and physiology.

Pilates' father was a successful gymnast and Joseph also drew heavily on a tradition of what was termed "medical gymnastics" or "corrective exercise" to create what he called Contrology and what is now known as the Pilates method of exercise.

Similarities between Pilates and Yoga

One reason that people often think yoga and pilates are basically the same is that they both offer mat based exercise, although it's important to note that pilates also makes use of small and large equipment and that the majority of the exercises devised by Joseph Pilates himself are performed on specialist machines.

Both pilates and yoga focus on good posture and will increase your flexibility. Both also emphasise the importance of correct breathing while exercising. What's more, because yoga and pilates are low impact forms of exercise, injuries are rare and both can be enjoyed irrespective of age.

Differences between Pilates and Yoga

A key difference between pilates and yoga is that while yoga is is performed without equipment, pilates is either mat based, often with the use of small equipment such as gym balls and magic circles, or is studio based with large equipment designed by Joseph Pilates like the Reformer and Ladder Barrel.

Another difference is that while yoga poses tend to be static in nature, pilates promotes free flowing movement - one reason for its popularity among dancers.

Yoga also embraces spirituality, putting greater emphasis on relaxation and meditation. With yoga, breathing is very slow, deep and conscious. Pilates focuses instead on developing core muscle strength and breathing is in through the nose and out through the mouth.

Benefits of Pilates versus those of Yoga

Both pilates and yoga can be beneficial to your health and wellbeing.

Pilates will help improve your posture, balance, muscle tone and core muscle strength. It can also be beneficial for joint mobility and flexibility, helping to reduce stress within the body and reducing the likelihood of injury.

Yoga can also improve strength, flexibility and balance. There is also some evidence that regular practice can help sufferers of high blood pressure, heart disease, aches and pains and stress.

Summary of the differences between Pilates and Yoga

In summary, pilates and yoga differ in a number of ways. The focus of pilates is to develop core muscle strength and muscle tone and it achieves this through sets of exercises performed on mats or machines. Yoga places a greater emphasis on relaxation and meditation and uses static poses rather than the flowing exercises that characterise pilates.

Find a qualified pilates instructor near you

The Pilates.co.uk directory includes only Pilates studios, teachers and instructors who meet or surpass the UK standard for Pilates so you know you are in safe hands.

Find your nearest studio or instructor

Shop for all your Pilates needs

Advertise your studio and classes with Pilates.co.uk

No need for a big sell. Our name says it all. Pilates.co.uk. Since 2006, it has been THE web address for all things pilates in the UK. And it's a name we are happy to share with all studios, teachers and instructors who meet or surpass the UK national standard for Pilates.